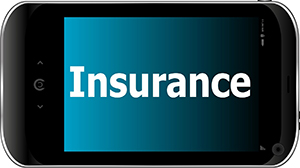 By Momentum Solutions on August 13, 2015 in Insurance

The Insurance Act 2015 has been hailed by the government as “the biggest reform to insurance contract law in more than a century”.

But what does it mean for you and your business?

Well there are two main areas you should know about, and the first was covered in Part 1: Warranties which you can find here.

In this post we look at the duty of fair presentation.

Changes to the law on Disclosure

The Marine Insurance Act 1906 has governed insurance contracts in the UK and overseas for more than a century.

Under that Act, as a condition of cover, the insured has the responsibility of disclosing everything that the Insurer would want and need to know.

This is known as the ‘duty of disclosure’.

What this meant was that if you forgot to tell the Insurer something that would have led to them offering different terms had they known about it, then they can void your entire policy, no questions asked.

This requires policyholders to inform insurers of “every material circumstance” that the policyholder knows, or ought to know, in relation to their risk. This is fairly similar to the 1906 position.

However under the 2015 act you are entitled to provide sufficient information to inform an insurer that you need more time to review potentially material circumstances.

If you do not take this option, then you will be presumed to know the following:

This means that anything a broker knows about a business and its insurances, the client taken to know as well.

You will also be expected to disclose material facts in a clear and accessible manner. We will be able to help you with this as an attractive presentation can reduce your premiums and sometimes even make the difference between being offered cover or not.

What does this mean for my business?

The major benefit to you of the Insurance Act 2015 is the reduction in the number of circumstances under which your insurer can terminate the contract.

Whereas before, an insurer was able to say “No” if you failed to fully comply with your duty of disclosure prior to signing the contract – or in other words, failed to guess exactly what a prudent underwriter might want to know.

An insurer will no longer be able to void your policy for a theft in the summer just because you forgot your neighbour sometimes stocks fireworks in November.

Under the 2015 Act, there are now a range of remedies. These vary by the scale of the breach. The insurer may also need to disclose commercially sensitive information in order to show that one of the remedies should be taken.

I’ve summarised below 4 practical changes suggested in the out-law.com article that you can make to ensure you don’t get caught out by the new disclosure laws:

1)       Review your information gathering processes to make sure they are efficient and sound. Record the details of this process

2)       Keep records that show reasonable searches have been made

3)       Keep internal records of the name and roles of individuals responsible for arranging insurance cover. All matters within their knowledge will need to be disclosed

Please also be aware that the act doesn’t fully come into force until the 12th August 2016. So you could still be subject to the 1906 ruling until then. You can contact Darren Quinn at Lothian Insurance Brokers for any further information on the Insurance Act and how it affects your business.

View all posts by Momentum Solutions →
What the Insurance ACT 2015 means for you and your business (Part 1: Warranties)
When should you go to market for new commercial insurance?

One Response to What the Insurance ACT 2015 mean for you and your business (Part 2: Fair Presentation)

We use cookies to ensure that we give you the best experience on our website. If you continue to use this site we will assume that you are happy with it.OkRead more